Next 12 Months to Be Game-Changer For The Crypto Market ! Here’s Why – Coinpedia – Fintech & Cryptocurreny News Media 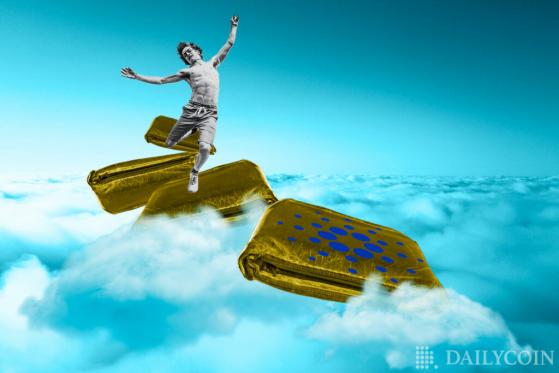 Input-Output Global (IOG), the development team behind the ecosystem and the ADA token, has announced the launch of its first light wallet, Lace.

Features of the Cardano Light Wallet

Lace, Cardano’s first light wallet, has received high praise ahead of the app’s official roll out by IOG. Lace will allow users to store, control and manage crypto assets and non-fungible tokens all in one place.

IOG explains that the goal is to turn Lace into a full-fledged “one-stop-shop” wallet. Another key aspect of Lace is its interoperability, and the ability to use different blockchain ecosystems.

Although it will be launching with limited interoperability between the Cardano and networks, IOG has promised to work to implement other sidechains, and eventually connect Lace to all other blockchains.

Lace allows anyone to access the potential of the Web 3.0. To achieve this, the IOG has seen to the provision of a free, decentralized app (dApp) store, which will have facilities both for developers and regular users.

End users will also be able to access the limitless world of dApps through Cardano, acting as an alternative to the iOS and Android apps that carry the corporate burden of centralization.

IOG explained that Lace was designed without all the crypto jargon, with heavy emphasis placed on keeping the app easy to understand and navigate by newcomers and seasoned crypto users alike.

Why You Should Care

Unlike other light wallets, which are typically limited to a single chain, IOG has designed Lace to be a one-stop solution with multi-blockchain support.

Learn more about sidechains and interoperability with Cardano below:

For details of the Vasil hard fork, check out:

The latest price predictions for the ADA are also covered in: