When investors talk about potential cryptocurrency leaders, Cardano (CRYPTO:ADA) is often part of the conversation. There are plenty of reasons to be excited about Cardano, including the fact that it was created by Ethereum co-founder Charles Hoskinson. Ethereum is the world’s second-biggest cryptocurrency and hosts thousands of decentralized applications (dApps). So it’s clear Hoskinson brings invaluable experience to Cardano.

It surged more than 600% last year. And today, it’s the world’s sixth-biggest cryptocurrency by market value. It trades for a little more than $1. Now, investors are focused on what’s ahead for this young crypto player. For instance, could it hit $3 this year? 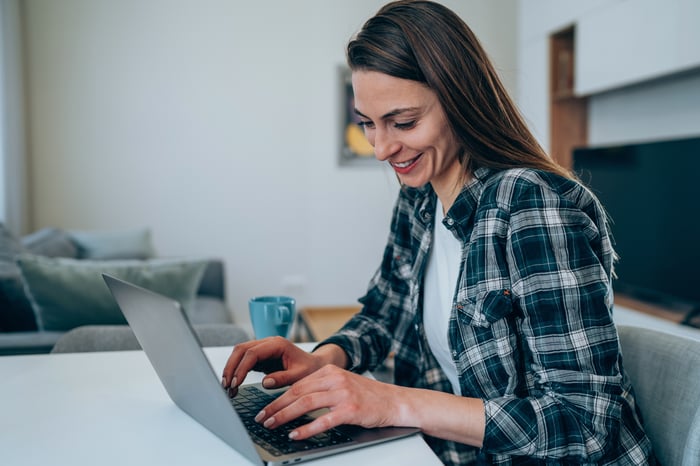 A road map and peer review

First, let’s look at where Cardano stands in terms of development. The blockchain has set out a road map including five stages. It now is working simultaneously on the last two stages of development. The goal is to become a completely self-sustaining decentralized network. And Cardano even is using a peer-review process to approve each update before actually launching it. Critics say this whole process slows things down, and they’re right. But it’s worth it. That’s because it ensures the quality of each update and will result in fewer glitches down the road.

Cardano launched smart-contract functionality this past fall. This allows dApps to be built and launched. DApps are a central part of changing the worlds of finance, gaming, and even the collecting of art. For instance, users can buy insurance or borrow money without an intermediary.

And here’s the good news for the crypto’s investors and users: Cardano-based smart contracts have nearly reached the milestone of 1,000, according to Cardano Blockchain Insights data. So the blockchain is attracting developers for their projects.

It’s also attracting investors. The number of wallets for Ada, the blockchain’s native token, has climbed to almost 3 million from about 290,000 a year ago.

Transaction speed and network stability are two key elements for long-term success. And Cardano is putting the focus on both. That’s why I’m optimistic about this cryptocurrency.

But can Cardano reach $3 this year? If network development and Hydra progress go smoothly, it’s very possible. From today’s level, this represents a 186% gain. That’s not a huge increase compared to last year’s performance. And using today’s number of circulating coins, such a move would result in a market cap of about $100 billion. That would make Cardano the world’s third-biggest cryptocurrency. That, too, is entirely possible.

Cryptocurrency remains a risky industry. It’s impossible to predict how successful blockchains could be down the road. Never invest more than you can afford to lose. But if cryptocurrency does at least partly revolutionize the way business is done, Cardano could be one of the winners.

This article represents the opinion of the writer, who may disagree with the “official” recommendation position of a Motley Fool premium advisory service. We’re motley! Questioning an investing thesis — even one of our own — helps us all think critically about investing and make decisions that help us become smarter, happier, and richer.