by admin
in Crypto News
0

How Artificial Intelligence Will Boost the Cryptocurrency Market to Reach USD 1,902.5 Million by 2028 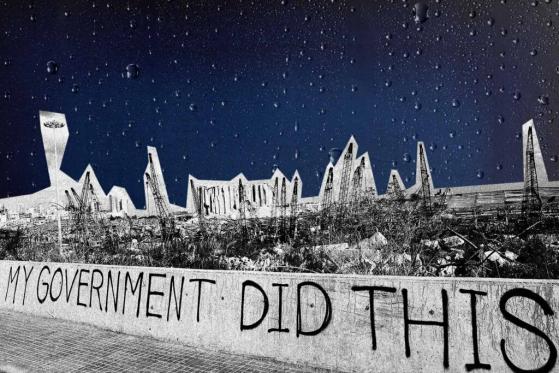 Lebanon Locals Explain How Cryptocurrency Can Save Their Country

“Crypto is a way for people in Lebanon and similar countries to make money they wouldn’t dream of working a regular job. Crypto is also a means to substitute the local currency, which is plummeting every week,”
an anonymous Redditor told DailyCoin.

On November 24, 2021, financial journalist Omar Tamo wrote that “the Lebanese lira crashed to its all-time lowest market value against the US dollar, with little-to-no sign of recovery.”

The economic crisis in the country has been going on since 2019. Because of the financial difficulties, people began transitioning to cryptocurrency. As it’s decentralized and free from governmental power, crypto provides an escape from Lebanon’s tragic situation.

Elie M., a 30-year-old Lebanese in an exclusive interview with DailyCoin talked about how people in his country struggle and how cryptocurrency is offering an escape for citizens, however, with many obstacles.

Banks in 2019 told the population that they were going to give great interest rates, 10% on the dollar and 15% on the Lebanese pound. All that people needed to do was put their money in the bank for 3-5 years. That sounded nice, and almost all Lebanese trusted the banks and put their money in, Elie explained.

The revolution then took place in late 2019, because banks didn’t allow citizens to withdraw money anymore. There was currency inflation, and the currency was devaluing because of the politicians who stole the money and transferred it to their own foreign bank accounts.

Then, the central bank took all the money, which was the people’s money, from the banks as loans. Thus, the banks didn’t have the money anymore, and to this day, the Lebanese cannot withdraw their own hard-earned money.

“My dad has been working in the family business for 14 years saving money, as well as most Lebanese who had their life savings in the bank. And they can’t touch it anymore. You can’t withdraw the dollars, so you just sit and watch; the bank doesn’t give you any money,”
Elie said.

“Let me give you an example,”
Elie said.

There’s nothing you can do about it. Everyone protested, tried to close the streets, attack MP houses, attack banks. Nothing happened.”

Currently, many youth trade cryptocurrency. On Reddit, there are a lot of posts about crypto, a lot of people asking how to open up accounts, how to deposit money, and what to trade. However, cryptocurrency is complicated and most people are still beginners. Elie clarified his background:

“I studied computer science at the American University of Beirut in 2009-2012. And I remember vaguely, people were talking about , and back then it was nothing; people used to trade Bitcoins for pizzas. No one thought that Bitcoin would become what it is today. I remember back in 2016, Bitcoin started jumping to 5,000. Again, I thought I should join crypto, but it seemed very volatile, and I didn’t understand it yet.”
However, mining isn’t efficient in Lebanon; there are issues with electricity in Lebanon. Sometimes electricity can only be used for six to eight hours a day, and people use backup generators. Electricity continues to be cut more and more, plus the price of everything is skyrocketing.

When COVID came, many started researching digital coins and many new cryptocurrencies began appearing. More people got interested in crypto.

“I remember seeing a post on Reddit, where a Lebanese lives off trading crypto and he was advising other citizens to join. This was around two years ago, a year and a half ago exactly, when the revolution started. And he was even handing out around $2 worth of BTC or BNB. I told him I wanted to join and he explained everything to me.

I downloaded Binance and now I usually go on cryptocurrency on Reddit, the subreddit. I post, I get my information from there. I watch YouTube Coin Bureau to get information, I do my research about coins and I try to diversify my portfolio,”
Elie said.

According to Elie, to trade cryptocurrency in Lebanon, you need to go through middlemen, who take commissions. After reaching out to put your money into a Binance account, you need to pay approximately 4% in commission. Then you find the money deposited in your account and you can start trading crypto. If you put $1,000, it’s likely going to end up at $900 on Binance because of all the commissions.

If you’re lucky enough, and you have someone who has a bank account outside Lebanon, a cousin, a relative, a friend, you can send them money with Western Union (NYSE:), and they can deposit the money for you on a crypto trading account.

Sanctions in Lebanon are making it very difficult to withdraw money. Most of the money in crypto is going to stay in crypto for a while, so most people are holding. The only way people can withdraw their money is via Binance. Again, they have to go through a middleman. If you make a $2,000 profit and you want to withdraw the whole $2,000, you have to go to the middleman, who will take a commission again for money withdrawal.

The Hopes that Crypto Could Solve Some Problems

“Every day I see posts of Lebanese fleeing the country looking for jobs, even low wage ones. I’m talking about garbage man jobs and basic cleaners in hotels for people with degrees. You will find an engineer working in Dubai, at the moment, as a hotel room cleaner because he just wants to leave the country.

I just hope crypto will change some people’s lives in Lebanon for the better because Lebanon doesn’t deserve what happened to it. If you came to Lebanon two or three years ago, before 2019, it was one of the best places to come for a party, to enjoy the beach, to go skiing in winter. We have so many beautiful places and nature. Lebanese are one of the world’s friendliest people; they will invite you to their home, they will feed you like you’re a part of their family. They will take care of you and will show you around the country. We don’t deserve what happened to us,”
Elie shared.

Why You Should Care?

Hyperinflation and economic crisis are making the lives of people in Lebanon extremely difficult.

Join to get the flipside of crypto

Upgrade your inbox and get our DailyCoin editors’ picks 1x a week delivered straight to your inbox.